Bwin.Party plans to get rid of unprofitable business 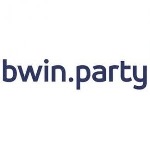 Since Bwin.Party loses money on social-casino games, it is intending to sell this business and is discussing the possibilities of the deal.

This proves the cyclical nature of the so-called social-casino games boom. In 2011 the social gaming was at its peak with more than 100 gambling establishments opened that year. The igaming providers used this as a possibility to offer more profitable online gambling websites and casinos to the customers.

The market share for social-casino games belong to the several igaming operators, but Bwin. Party is not among them, according to data from analyst firm Eilers Research. The firm expected to lose $8.5 million in social games sphere in 2014. A possible shakeout is not far away.

“We are actively discussing the possibility of selling Win, the social-casino business and hope to announce about it soon,” the company based in Gibraltar told to Bloomberg. “The company is examining the chance of creation different business combinations intended to profit Bwin. Party.”

Online gambling is prohibited in many of the US states by law and gives a rather small profit in the states where it is legal. Furthermore, other states don’t have any signs that they are going to legalize online gaming. All this worsens the plans for gathering physical location, igaming and social games into one hands.

Bwin.Party concentrates its attention on sports betting and payment services online. It entered the social gaming in May 2012 with $50 m investment. It also loses money on online gaming in the state of New Jersey.