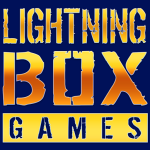 NextGen Gaming, Sydney, Australia located company governed by NYX Gaming Group Limited, is one of the top iGaming companies, and its cooperation with Lightening Box Games will give a new start for its further development and the possibility to create a completely new content, as Lightening Box is a famous manufacturer of software for land-based slot machines. The union of these two brands will open the chance of developing online versions of the most outstanding slot names.

The users will have a chance to gamble the titles developed in the process of cooperation on the GDM platform governed by NextGen. And the following introduction of them by the NYX Gaming Group will ensure that gamblers from all over the world will enjoy these games and OGSTM partners too.

The first name that will please the fans of online gambling is Dolphin Gold, the release of which is planned on the first quarter of the year. The gamers will have a chance to play this game via their computers or mobile devices, in Flash or HTML5 version.

The game manufactured by Lightening Box Games for usual casinos was greatly enjoyed by the players worldwide thanks to its fantastic animation with gold dolphins as Wilds and attractive bonuses. The creators promise online version will have the same charming attractions.

The Director of Management at Lightening Box explains that they have made the best choice possible while signing a deal with NextGen Gaming due to its access to various world sites via its network. Lightening Box Games has been in the gambling business for 21 years, and entering the iGaming world is a new stage in the growth of the company.

NYX Gaming Group is going to use the opportunity to vary its product line using the software produced by Lightening Box for land-based establishments. So the gamblers will be happy to play the best traditional titles but in online version.