The foresight of the GC report: development of igaming in 2015

According to the report made by Gambling Compliance (GC), more American states will think about implementation of Internet gambling in 2015, and even in the worst case, online gambling’s ban won’t be accepted by federal authorities. “US Internet Gambling In Focus: 2014 and 2015” report examined the situation with online gambling in the US and tried to predict what changes will occur in 2015.

GC foresees the possible changes at the igaming market, where Internet gambling legislation may go on the state front. The report points out that this foresight might become a reality.

“We concede that igaming legislation foreseeing is a risky affair, although we should try to foresee,” the report said. GC sees three possible courses, according to which Internet gambling legislation could develop in 2015. The first is base-case course, where one of the three states (California. Pennsylvania, or Virginia Islands) will decree igaming in 2015, and this course is the most possible. 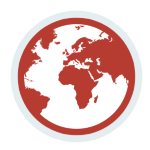 The bull-way course is the second option, and this option predicts that two states would adopt Internet gambling in 2015, although it is suspected that the State of Iowa would be among these states, as it is on the border of the Internet gambling debate.

The third possible course is when neither of the states would decree new igaming legislation in 2015.

But the most attractive foresight is that it doesn’t matter what course would be taken, but the ban of Internet gambling would not be introduced.

GS also informs about the possibility of increasing in the Internet lottery sales. Such lotteries are quite a common phenomenon in several of the American states. And if the base-case course will be chosen, Kentucky State will appear among them.

It is supposed that “between 8 to 11 states” will consider Internet gambling bills in their legislation in 2015. After this, they might follow the instance adopted in such states as Delaware, New Jersey and Nevada. As the statistic shows that after the appearance of the first igaming sites in Nevada State in December 2013, the increase of profit was 93% for each person.