The possibility to change casino legislation in Vermont 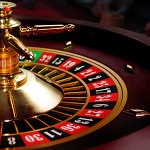 A representative of the Republicans offered once again a law to permit casinos in the state of Vermont but with the benefit for the state income.

Ronald Hubert, the representative from Milton, has tried to place the same bill for the last six years with a slight difference between them. He motivated that the year 2016 will experience great budget gap, and the introduced bill could help solving the budget problems. Most states have already undertaken this step, and this could bring from $8 to $15 million in taxes a year.

The bill has 17 sponsors among the Republicans. According to it, the Vermont Lottery Commission needs to confer the 6-year license to one casino in Vermont. The fee of such a license will comprise $6 million that could be paid during 6 years or immediately.

The Vermont Lottery Commission is granted with the permission to make up the rules for the establishment, to check the candidates and govern the casino. The bill also binds a $100,000 non-refundable fee for the candidates.

10% tax on the gross revenues will be also taken by this bill and added to the general income.

Ronald Hubert strenthens his bill with the fact that the state citizens are interested in casinos as more than 75 bus rides are made per year to the nearest states with casinos.

The taxes from sales, rooms, food drinks will also be beneficial for the budget.

More than that, elderly people (over 65 years) of the state who experience fixed income problems due to inflation will get help by the state from this 10% casino tax.

Ronald Hubert offers to use the casino taxes to fill up the state program of Medicaid, which was drawn down by $110,000,000 tax.

But don’t hope to gamble in the state of Vermont very soon, as Governor Peter Shumlin is strongly against opening any gambling institutions in the state. He is supported by the House Speaker Shap Smith.