What threat can bring online gambling ban to gun owners? 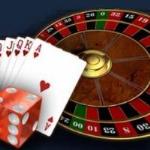 Online gambling ban might be a foretelling symbol for gun owners in America, says the editorial in the conservative blog Red State.

The op-ed was published on the remains of the reintroduction of the Restoration of America’s Wire Act – a bill passed to Congress by Representative Jason Chaffetz (R-Utah) to ban online gaming and poker a week ago.

Although Conservatives are not among the fans of iGaming, they don’t like to be engaged in State affairs. They prove this while the American Conservative Union spoke in opposition of RAWA.

The Conservatives proceed with the editorial in the blog Red State entitled “Las Vegas Billionaire’s Crony Push to Regulate Internet A Threat to Gun Owners.” The story speaks about CEO of Sands Sheldon Adelson, a rich person and terrible adversary of online gambling legalization.

The author of the story, Michael Hammond, describes the possible connection between banning iGaming and breaking other rights of US citizens. From his article:

… For over a decade, anti-gunners have attempted to outlaw certain pro-gun websites on the Internet. Sen. Chuck Schumer (R-NY) and others attacked the Internet as the “wild west” and demanded websites like Gunbroker.com be outlawed, despite the fact they meet every requirement of federal law relating to firearms sales. …Efforts by Las Vegas gambling king Sheldon Adelson to prevent states from legalizing online gaming could easily open the door to the further government restrictions on the Internet, including Schumer’s efforts to outlaw websites he disdains. Mr. Adelson is in a panic over states legalizing online gambling, thinking it will financially damage his brick and mortar casinos…. In short, Adelson is seeking to trample on the Tenth Amendment to regulate the Internet to outlaw his potential competition….

It is hardly possible that ban of iGaming – which doesn’t even have that much of a chance of passing – can lead to changes in the second amendment. But Conservatives are playing against the ban. So, without the help of Republicans the Restoration of America’s Wire Act might not pass.