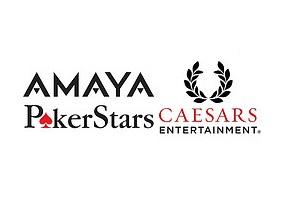 Two of the leaders in providing online gambling entertainments in North America, Amaya Gaming and Caesars Entertainments, united to support legislative initiative in the US. This fact was confirmed by both operators on Monday.

To confirm the existing cooperation between the leading providers, Jan Jones-Blackhurst says that Amaya is a strong partner and they united to fight the opposition.

After the acquisition of PokerStars by Amaya Gaming the conflict with Caesars Entertainments ceased. Eric Hollreiser, the Director of Communication at PokerStars told, “The relations between our companies have always been good and we enjoyed working together. PokerStars doesn’t change this and we will proceed moving to our aim of promoting online gambling at the state and federal level of the US.”

Las Vegas Sun warns that Sheldon Adelson can get an advantage in the Congress, unless such two giants as Caesars and Amaya, and the entire gambling industry oppose this.

But the companies act not only on the federal level, but on the state as well. The relationships with Rincon tribe of southern California reveal this.

The new turn of the debates at the state and federal levels will be made when various bills will be heard in the Congress.