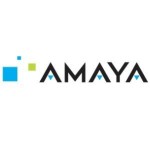 In spite of one insignificant hiccough at the end of the past year, 2014 was a really beneficial time for Amaya Inc. February was the starting point of its success, as in this month the company bought Diamond Game Enterprises, a private software producer company that specializes in slots. The price of the deal was $25 million and Amaya supposed to get $3.9 million beforehand amortization, interest, depreciation and taxes (EBITDA) over the entire year.

But summer and June in particular, became even more profitable for Amaya Inc., as they made a $4.9 billion bargain with Rational Group about Full Tilt Poker and PokerStars brands. These two brands together brought the income of $1.3 billion in 2013 with $475 million EBITDA. Though 10x EBITDA, the deal looks very beneficial.

Before everyone got to know about the deal, Amaya’s shares raised, and the Toronto Stock Exchange decided to hold the stocks for a day. Quebec’s security regulator noticed this and decided to make a probe. None of the company members was found guilty in some misdeeds, but the investors were frightened and the stocks fell by 20%, but not for long, as they raised soon after.

What is the background of Amaya’s success?

With the purchase of Full Tilt Poker and PokerStars from Rational Group, Amaya Inc. became the leading provider of online gaming entertainments.

PokerStars is the unquestionable leader in offering best platforms for players worldwide. And Full Tilt Poker takes the forth place after some minor problems with US poker players that were shut out in 2011. And now Amaya owns these two brands, what could be better?

The forecast of the future cost of online industry is about $2 billion per year. This will become possible with further legalization of gambling in other states (New Jersey, Nevada and Delaware have already done this, and California is the next) and introduction of other casino games and sports betting.

With all this, Amaya is planning to double their profit to $1.86 for a share in 2015 and become the leader of the industry.