Amaya is under investigation in the US and Canada 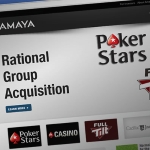 One of the most important deals made in 2014 when Amaya bought the Rational Group, which is the owner of such gambling giants as PokerStars and Full Tilt, for $4.9 billion, is under investigation. The news that Quebec’s financial regulators Autorité des Marches Financiers (AMF) began investigating this case appeared in December. However, the company doesn’t worry about this, as they think that this is quite understandable, as their purchase caused the greatest run up the stock.

The CEO at Amaya David Baazov said, “The investigation of AMF isn’t a surprise for us after our historical run up the stock. It’s their duty to control and check everything, but we are completely sure that our officers, directors and employees didn’t commit anything wrong, so we provide AMF with our cooperation.”

It has been informed that Amaya Company is being examining by the American Financial Industry Regulatory Authority (FINRA) as to the stock inflation. FINRA, being a non-profit establishment, concentrates on the protection of the US investors by checking the securities industry, and it has announced it is analyzing the activity of 300 of Amaya’s stock investors who had an opportunity to earn good money by buying stock long before it was known about the deal with the Rational Group.

As Canada’s Globe and Mail newspaper informed, “many prominent Canadian brokers, money managers, hedge funds and business executives” are under investigation, and this seriously shakes the efforts of Amaya to become the part of the US online gambling market. No well-grounded evidences were found during the investigation, the only fact that motivates AMF to proceed with their job is the double cost of the shares, although there is a lot of negative information about the deal in the press. The undertaken investigation seems to be precise and thorough, although it may be a tempest in a tea pot or the beginning of something great.