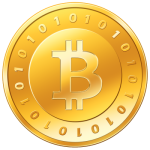 Several years ago the idea of virtual money has been greatly advertised everywhere and in online business in particular. But now the inconstant nature of such money has taken the shine off the currency. There was a decline of Bitcoin’s price by more than $100 during the 2 days, only to receive half of what they lost. Such a price decline that occurred this week made a real commotion when it had lost 37% of its nomination, and this hit a low of $170.21 on 14th January, Wednesday.

Consequently the question was asked: whether the unsteady nature or a decline in virtual coinage worth all this tension. The players who prefer using virtual money when they are gambling in numerous online institutions could consider that they won in the establishment, although they lost on the coin value. This can be the cause of the decrease in the size of the stakes put with Bitcoin coinage in online casinos and playrooms that specialize on this money. Such instability with virtual money can prevent it from brining really good income and popularity in using. Such a situation may occur due to the attitude of the gamblers to this currency, as many of them don’t accept it as real money. Bitcoin coinage was of a great interest for several years as it has gone from $5 to 600 during some time, and this might bring profit to some players but a misfortune to others.

The problem of choice is very vital in the online gambling industry. It’s up to you to choose the site or room where to gamble, the institution where to create an account and the money to play on. And you are ready for all the consequences: a win or a loss. But when you are shaken with the currency value problem, then it can disarray you.