John Pappas warn about the dangers of national ban on igaming

John Pappas, the Executive Director of Poker Players Alliance, is anxious about the possibility of banning online gaming in the US in general. He insists on the necessity to struggle at the federal level and keep an eye on the US Congress, as with one signature all 50 states can remain without online gambling.

Pappas admits that this could become true in 2015 if the followers won’t proceed fighting. At the same time inside the Beltway comments are made that a federal ban is unfeasible.

The PPA director informed the public that they had already made a strategy for 2015 and were waiting for January to present it to the Congress. But he also asks to continue acting in the states. If more and more states join them, it will be difficult for the Congress to impose a national ban on gambling. 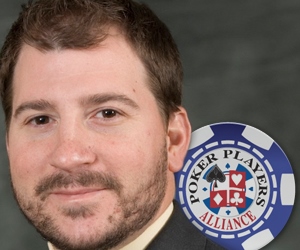 The Poker Players Alliance is the only group supporting all forms of online gambling, as the American Gaming Association is neutral. The alliance hopes to make online gambling legal across the country. They understand the necessity to lobby the US Congress, as federal law trumps laws in states. The group has tried to repeal the Unlawful Internet Gaming Enforcement Act (UIGEA) since 2006. This act is directed on money transfer services dealing in online gaming.

In April 2014 US Senator Lindsey Graham (R-South Carolina) and US Representative Jason Chaffetz (R-Utah) intended to restore America’s Wire Act (RAWA) to make all online gambling and sports betting illegal. The 1961 Wire Act that banned sports betting via the phone was taken as an example. So the PPA has to act on the defensive at the federal level. John Pappas continues to insist on the lobbying the Congress if the adherents do not want the Wire Act to be restored. Fortunately, libertarian members of the Republican Party oppose the act. Grover Norquist from the federal taxation also is against RAWA. As the experts say the probability of RAWA is only 1% to 7%.