Slot based on “Bridesmaids” will be released in summer by Microgaming 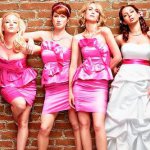 Microgaming and Universal Partnerships & Licensing signed an agreement on the issue of the slot machine dedicated to the breakout Universal Pictures comedy “Bridesmaids.” The film was released in 2011 starring Kristen Wiig, Maya Rudolph, Melissa McCarthy and Rebel Wilson, and almost immediately it became a hit. Thus, the company Microgaming plans to give an adequate response to the company NetEnt that recently announced about the release of the slot “Guns N ‘Roses.”

According to Roger Raatvegera, CEO, the comedy “Bridesmaids” deservedly became an example of classic comedy. The developers managed to wave a comedy script organically into the game action, featuring all the main characters. This will help to widen the audience of the slot. The work on the slot is still ongoing, so the developers have more time to combine the game and the movie. A contract with Universal Studios will allow the company to translate the game to a completely new level. And the novelty will serve as an example of how it is possible to move away from the boring story.

The slot will be designed primarily for women, as there are many of them in the gambling world. This means that Microgaming will attract the group of players that has been greatly deprived of attention from the companies developing slot machines. This slot machine will be released in August 2015. Around the same time the slot will be released for portable devices. Despite the fact that there is a lot of time before the new slot will please the audience, some details about its functionality are already known.

The slot machine “Bridesmaids” will consist of five reels and have a multi-level bonus game. The heroines of the slot will be easily recognized by the players who watched the film, they will learn a lot of familiar faces. As a nice bonus the developers have added some clips with the heroines of the comedy. The side-splitting clips from the movie will appear after five symbols of each species will be played. Whether this bonus will be present in the portable version of the slot is still unknown.

If you win the bonus game, you get one of several valuable prizes.

The release of this machine is a clear indication that Microgaming takes the example of the company Playtech and decided to release slots based on the popular movies. Practice has shown that this solution increases significantly the popularity of slot machines.