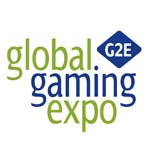 The recent exhibition G2E 2014 introduced a record number of casino slot machines from most leading manufacturers of software for land and online casinos. We would like to stop at 7 of the most famous slot manufacturers, such as: Scientific Games, Bally, GTech, Aristocrat, WMS Gaming, Konami and IGT.

The companies offer the releases of new slots, online games and upgrading of the existing slots, casino systems and online connection through the mobile apps and casino systems.

Slot producers and their releases 2015

1. Bally Technologies invited the famous music star Pitbull to help in strengthening of the relation between Bally and Playboy International, and he appeared during the release of the new Playboy Club slots game. As a result of this cooperation appeared such slots as Playboy Hot Zone, Playboy Prizeball, Playboy Platinum, and Playboy Muy Caliente.

The classic movie The Blob got the second breath in the casino Pro V 22/22 Hammerhead cabinet.

Wonder Woman Wild and Wonder Woman Gold will entertain the public with music and clips from the famous TV show, as well as Duck Dynasty and Friends slot 2015.

2. GTech was ready to present the audience a great range of slots, casino systems, interactive entertainments and even True 3D games. The most outstanding of which are Aladdin’s Fortune 3D, Dragon’s Temple 3D, Dreams of Asia 3D and Bejeweled 3D.

Their new community games will be enriched by Bejeweled Community and Zuma Adventures. The internationally famous franchise Deal or No Deal will get two more slots, each containing two base games: The Money Drop and Deal or No Deal Las Vegas!

3. Aristocrat will entertain the players with such legendary names The Walking Dead Slot Game, as Batman Classic TV Series and Buffalo Stampede reined by Wonder Wheels.

They will also expand the Wonder Wheels series (Ted and Supeman The Movie) and will offer some new game lines (The Romance of Rain and Mythos).

The fans of jackpot games will enjoy more Cash Explosion and Wonder 4 Jackpot.

4. WMS Gaming together with Scientific Games offered new features to such popular titles as Life of Luxury, Reel’Em In! Goldffish,and Zeus. They expanded the video content library of Snow Leopard, Double Buffalo Spirit, Sweet Nothings, and OMG series. The line of Blade was enriched too. Such famous titles as Monopol, The Lord of the Ring, Willy Winka & the Chocolate Factory, The Wizard of Oz were also presented at the G2E.

5. Konami Gaming offered more than 100 names of slots, and the most notable were a 6-reel game Rokureel and the video slot Inari Riches Reeleven, innovative gaming machines Engine Ablaze, Rapid Blitz Riches and some others.

The manufacturer also presented a completely new from the point of view of power and visual design capacity Mighty Thunder, Advantage 5X and Jungle Coaster that have two screens and vertical graphic interaction between the upper and lower screens.

They didn’t pass by some new themes including Hammer Festival and Fiery Sunburst. The two-level Gigantic Wheel of Winning didn’t remain unnoticed due to its 3D mystery prize.

The fans of action adventure games paid attention to Neo Contra themed video gaming machines marked as Intellectual Property to the casino sphere. Among them were: Supreme Samurai and Mighty Warrior.

The classical themes were used by the company in such gaming machines as Double Gold, Super Times, Double Diamond and Wild Cherry.

Such game as poker didn’t pass unnoticed by IGT and they issued the slot Game Star Video Poker.

Internet connections: the novelties of 2015

Bally uses iGaming Platform that is a gambling portal, which is full of mobile, social and online gaming facilities. With its Remote Gaming Server you get access to the gaming content of the company.

GTech provides solutions for such gambling facilities as casino, bingo, poker sports betting or lotteries. Try its WagerWise, a Poker App for Tablet and Poker Network Solution, or Virtual Currency solutions and Play for Fun.

Alongside with such popular systems as Oasis 360, nLive, Oasis HALO used by customers and casinos in Noth America, Aristocrat showed its new Elimination Bonusing module and Episodic Bonusing system.

With the help of Player’s Life Web Service the gamblers can be connected to their beloved casinos.

The Konami Casino Management System Patron App allows the casinos to spread out their own Apps for Android, Blackberry, iPhone, and other Mobile Web apps

If you need some more details, we advise you to visit the sites of these 7 manufacturers.

For real gambling fans there are numerous slots and other casino games which you can play not only in the land-based casinos.