Riviera Hotel and Casino shuts its doors after 60 years 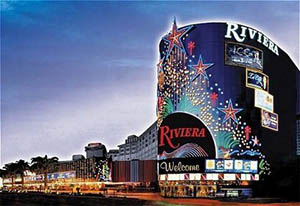 On Monday, after sixty years of operating the Riviera Casino is closed forever.

“The Riv”, along with “Flamingo”, debuted in 1947 and “Tropicana”, which opened in 1957, was one of the few casinos operating since the days of Frank Sinatra and Liberace. Orson Welles, Elvis Presley, Louis Armstrong, Harry Belafonte, Bob Hope, Sammy Davis Jr., the Village People, Marlene Dietrich, Dean Martin and Barbra Streisand entertained its public. The topless show “Crazy Girls”, which is moving down the Strip to Planet Hollywood, has become one of the symbols of it.

Whatever happens in Vegas gets blown to bits in Vegas?

In recent years, the casino could no longer compete and be in a state of stagnation.

Las Vegas Convention and Visitors Authority bought the 26-acre property in February, and they plan to demolish the building to make way for the expansion of Las Vegas Convention Center. The estimated cost of this project is about 2.3 billion dollars.

In February, the Council unanimously agreed to spend up to 191 million dollars. 182 million will go to the 23-storey building of the hotel and the surrounding areas, and 8.5 million in the interior.

Furniture and fixtures of the casino-hotel would be sold at the auction “National Content Liquidators”, which begins on May 14 and ends after everything is sold, as it was told to the Las Vegas Review-Journal .

Two days before the closing of the casino, six visitors of Riviera shared the prize of 145 thousand dollars. This amount is the result of jackpots that were not played out. On the closing loud music was playing, and in the afternoon the former employees applauded to the casino, slot machines showed the signs of win, although the money was not there, and the administration of the casino and its guests said goodbye to the institution.